Naveen-Dharmendra Meet: Officials will work out an acceptable solution to IOCL tax dispute 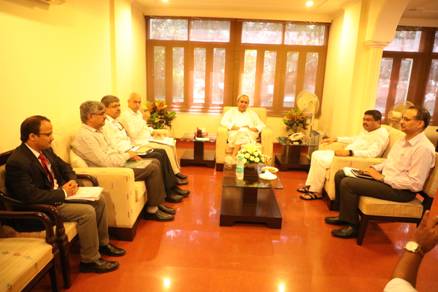 New Delhi: The high-level meeting between the Odisha chief minister Naveen Patnaik and the union petroleum minister Dharmendra Pradhan on Friday ended with an agreement that the officers of the state government, petroleum ministry and the Indian Oil Corporation Ltd. (IOCL) will deliberate various issues and work out an acceptable solution at the earliest.

The meeting  held between Patnaik and Pradhan here in Odisha Bhawan discussed  various options available to reach an amicable settlement of the present tax-dispute between Odisha government and the IOCL . The Odisha chief secretary, AP Padhi, development commissioner, R.Balakrishnan, union petroleum secretary, and IOCL chairman were present in the meeting.

Pradhan was of the view that though the State had extended the tax concession in 2004, there was a necessity of finding an amicable solution to the present impasse keeping in view the fiscal health of the state and commercial interest of IOCL.  He emphasized on the need for finding a middle path, wherein both IOCL and the state government can work out a mutual acceptable solution by climbing down from their stated positions.