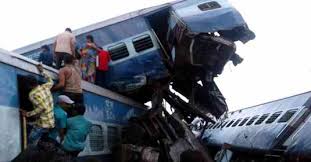 “Deeply anguished by the loss of lives in Kalinga-Utkal Express in UP .My thoughts and prayers are with the victim families and injured.”

Patnaik has said that the railway minister Suresh Prabhu has assured him that all help would be extended to the injured passenger. He also directed the chief secretary, AP Padhi, and Delhi Resident Commissioner to co-ordinate the relief and rescue operations.

Meanwhile, the union petroleum minister Dharmendra Pradhan has talked to the UP chief minister Yogi Adityanath to extend all help to the Odia passengers of the ill-fated train.

The union minister for tribal affairs, Juel Oram, has also expressed his grief for the passengers who were killed in the accident.