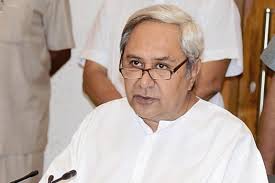 “As many as 700 posts of lecturers are in different phases of recruitment”, he said while handing over the appointment letter to 153 degree college lecturers at a function, here on Saturday. He said the state government has recruited 1600 lecturers in aided colleges with a view to strengthen education system in the state.

Naveen, while distributing laptops to college students selected under Biju Yuva Sastikaran Yojana, said that 60,000 students have received laptops since the Yojana was launched in 2013. He said 15000 students will receive laptops in coming two weeks.

Dwelling on the initiatives taken by the state government to improve the higher education system in the state, the chief minister said the number of state government universities has increased to 12. The number of NAAC accredited universities is going up with 9 universities having A grade. Over 1.5 lakh girl students have been imparted self-defence training. Every year 25,000 fresh students are getting scholarship. Students are provided loans for higher studies at a concessional interest rate  of 1% under Kalinga Sikhya Sathi Yojna.