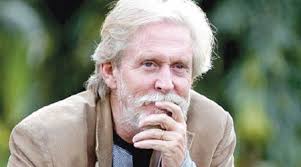 Tom Alter is survived by his wife Carol, son Jamie, and daughter Afshaan

Alter’s last rites will be performed on Wednesday as per Christian practices, according to his son Jamie.

Alter, born to American Christian missionary parents in Mussoorie in 1950, was inspired by film Aradhana starring Rajesh Khanna and Sharmila Tagore. After completing acting course from FTII, Pune, with a gold medal,  he made his debut in Ramanand Sagar’s film Charas in 1976.  Alter played chief custom officer in the movie. Then he appeared in a memorable character in Satyajit Ray’s Shatranj Ke Khilari(1977)  based on Munshi Premchand. Shyam Benegal’s Junoon(1979), Manoj Kumar’s Kranti (1981), and Raj Kapoor’s Ram Teri Ganga Maili(1985) brought him lot of accolade. He also made his presence felt in films like Aashique, Parinda, Sardar Patel and Gandhi. His last film “Sargoshiyan” with Alok Nath and Farida Jalal was released in May this year.

Because of his American look, he was stereotyped in film as British man in colonial periodic films. He has also acted in Telugu, Tamil, Bengali films.

Tom Alter was awarded Padma Shri in 2008 for his contribution to theater, cinema and television.