What Made Amit Shah to Arrive at the Number 120? 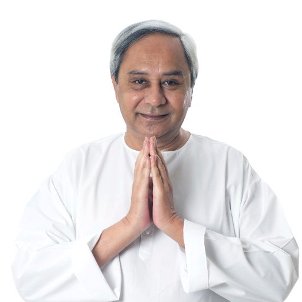 Bhubaneswar:BJP national president Amit Shah has predicted that his party will win 120 seats out of the total 147 assembly seats in Odisha in the 2019 elections.

His party colleagues are, however, bit skeptical about the number. BJP’s union cabinet minister Juel Oram, party’s national executive member Bijaya Mohapatra, senior legislator Dilip Ray are visibly reluctant to accept the number.  BJP’s legislative party leader KV Singhdeo, the party’s past president in Odisha, dispute the figure saying it may be around 110.

Shah’s prediction has created a ripple in the political circle. The BJD leaders phoo- phooed it says “It’s day dreaming by the BJP”.  “The prediction is quite unrealistic”, asserts BJD chief spokesperson and Rajya Sabha MP Pratp Keshri  Deo.

Political pundits, poll analysts, and psephologists  are wondering what made Amitji to arrive at 120 number?

Amitji has not referred to any survey carried out by the party.

The BJP has 10 members in the 147 Odisha assembly. In the last elections it ended up in the third position with 18.02% of votes despite the strong Modi wave. How come, the party’s tally would make a quantum jump from 10 to 120?

It was in the last three-tier Panchyat polls, the party won 306 of the 853 Zilla Parisad zones.  The votes it polled is about 67 lakh which is about 34% of the total votes polled. Given the percentage of  ZP seats it won, the assembly seats comes to 53 of the 147. If vote percentage is taken into consideration, it comes to around 50 seats of the 147 assembly seats . In 1995 assembly elections, the Congress got 80 seats with 39.08% votes and Janata Dal led by Biju Patnaik has to satisfied with 46 seats  with 35.41% votes.

So, it is clear that Shah’s calculation is not based on party’s performance in the last Zilla Parisad elections.

The only possible calculation of Shah, as it appears to be,  is the Gujarat arithmetic. In Gujarat, Shah has predicted that the saffron party will win 150 seats out of 182 seats. Shah might have applied the same formula for predicting the seats in Odisha. If it is 150 out 182 seats than it would be 120 seats out of 147 seats in Odisha.

But, the situation in Odisha is quite different from Gujarat. In Gujarat, the BJP government is in power with 116 seats out of 182 in the state assembly. It is quite plausible that the BJP’s tally in the state might reach 150.

Shah is perhaps thanking that there is an anti-incumbency wave in Odisha and BJP will get benefit of voting against the government. But, if that is the case, the BJP will be a victim of anti-incumbency factor in Gujarat.

The Zilla Parisad elections are not the true reflections of the voters mood in the state. The Congress might have ended up third with 66 zone members. But, still it is in the second position and BJD in the number one position so far as winning the Sarapanch, Panchyat Samiti and Ward Member elections.

Of course, it is very difficult to predict about elections results one and half year before polls.

Perhaps, realizing the fa paux pas, BJP has started diluting Shah’s prediction. When the BJD counter the Shah’s assertion by asking which are the 27 seats the BJP has conceded before going to the polls, the party suffixed the 120 figure with a + symbol(120+) claiming that the party would win more than 120 seats. Finding it difficult to convince people that the party tally would make a 12 times jump from 10 to 120, the party during the Shah’s three day visit to the state early last month clarified that it is the target the party’s national president has set for the party leaders and workers in the state.

Certainly, BJP’s Mission 120 has become a commission of blunder.

FN: Knowing well that the Zilla Parisad elections cover only 50% of the electorates and the voting pattern is different in urban areas, the calculation of seats, however, has been made assuming that the voting will be the same in the urban areas.