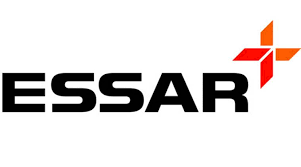 Mumbai: Essar Ports handled 17.35 million tonnes of cargo in the first half of FY 2017-18, registering 19% growth compared to the cargo handled in the corresponding period last fiscal. The company also registered 7% growth in cargo handling in the quarter ending 30 September 2017, when compared to the same period in the previous fiscal.

Essar Ports, which has recently completed sale of its Vadinar Oil terminal to Essar Oil Limited as part of Essar Oil’s sale to Rosneft, and a consortium led by Trafigura and UCP, has three operational ports in Hazira, Vizag and Paradip. All three ports registered healthy growth in cargo handling in the first half of the current fiscal.

The substantial growth in traffic came on the back of an improving steel market, leading to enhanced capacity utilisation of Essar Steel, which is Essar Port’s anchor customer. The traffic growth was also helped by the 50% increase in third-party cargo volumes during the first half of FY 2017-18.

In the third quarter, Essar Ports is also expected to commission its terminal facility in Vizag Port on the east coast of India.

Essar Ports CEO & MD Rajiv Agarwal said : “The first half of FY18, as well as the second quarter of the current financial year, have been very promising for Essar Ports. We completed the monetisation of the Vadinar Oil Terminal (VOTL), and our facilities (which now exclude VOTL) handled 17.35 million tonnes of cargo, registering 19% growth. We are confident of further growth and performance improvements in the next two quarters of the fiscal, as we prepare to commission our project at Vizag.”

Essar Ports specialises in development and operations of ports and terminals for handling liquid, dry bulk, break bulk and general cargo. It is one of the largest private sector port companies in India in terms of capacity and throughput. It has three operational terminals in India—in Hazira on the west coast, and in Visakhapatnam and Paradip on the east coast. The current operational capacity of the port terminals in India is 82 MTPA, which is expected to increase to 110 MTPA in 2017-18.