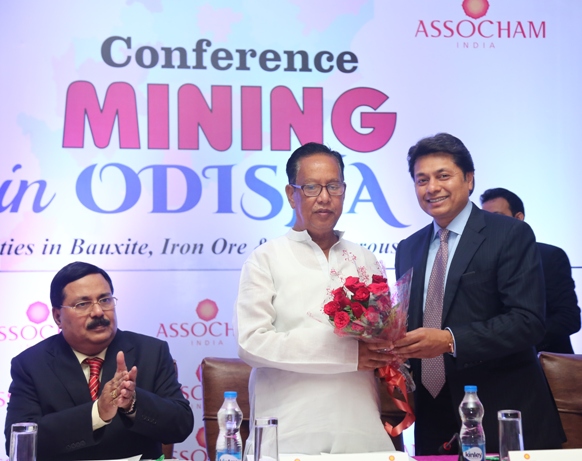 Bhubaneswar: Odisha has topped in the country in District Mineral Fund(DMF) collections with  a total collections of Rs 3,433.66 crore up to end of September, said the state steel & mines minister, Prafulla Mallick, here on Thursday. He said that the state has also topped in utilisation of the DMF in the country.

“As many as 9,896 projects with financial outlay of Rs 1,459.17 crore have already been initiated in different districts which cover drinking water, road infrastructure, education, health and others (sectors),” said Mallik while inaugurating the  ‘Assocham National Conference on Mining in Odisha.’

Introduction of provision for DMF under Section 9B of MMDR (Amendment) Act, 2015 has facilitated augmentation of funds to provide a permanent, sustainable solution to problems of tribals and poor people living in mining affected areas.

He suggested the mining companies to forge alliances with infrastructure players, technology and equipment suppliers and financier’s innovative ways including the public-private partnership model in order to optimise risk-reward equations and achieve economies of scale.

Lamenting that high turnaround time in network leads to poor operational efficiency, resulting in demurrages and detentions, the minister said, “Our Government is working to enhance and optimise logistics configuration between mines, plants, railways and ports.”

He also said that end-use industries based on major minerals like chromite, bauxite, manganese, iron ore and coal have a wide scope of growth in Odisha which is India’s sixth largest state in terms of value of mineral production.