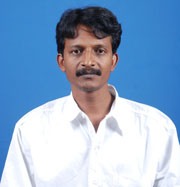 The state labour minister, Sushant Singh, who reviewed the situations, said that the state government has adopted Bolangir and Nuapada as model districts for the anti-migration programme. According to him the package is for 30 gram panchayats of the two districts.   He said a blueprint has been prepared  to stop illegal immigration and human trafficking in the state.

“To stop illegal immigration to other states and abroad and rehabilitate the migrants, the state government announced the package for Nuapada and Bolangir districts. The financial assistance will be given to 30 GPs of the two districts in phased manner. Besides, various farming equipments and seeds have also been supplied to the GPs. The initiative will be replicated in other districts once it becomes successful,” said the state labour minister Sushant Singh after reviewing the situation in the two districts at Bolangir.

The police on Wednesday rescued 20 migrant labourers from Rengali village under Belpada block in Bolangir district who were assembled at a school veranda to be trafficked to Andhra Pradesh. The rescued labourers are residents of Saramuhana village under Patnagarh block in the district. The cops have also nabbed two middlemen in this connection.