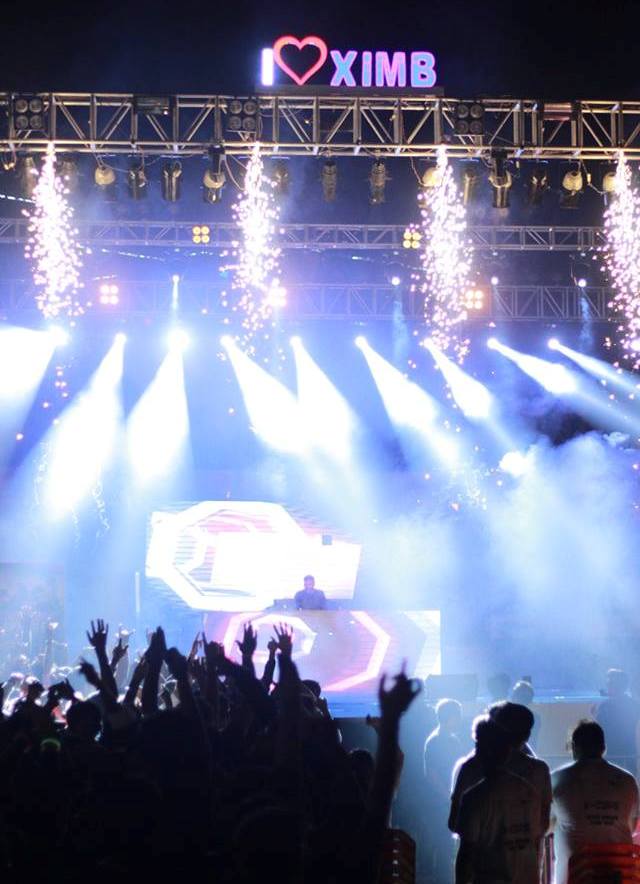 Bhubaneswar: With the participation of  over 3000 students and a footfall of over 25,000 people,  “Xpressions’17”  the annual cultural festival of XIMB (Xavier Institute of Management, Bhubaneswar) emerged as a big B-school event in the country.

Gladiator finals saw A. Vignesh as the first prize winner and Akash Jain as the runners up. The winners of Skill City were “Glamsters” and the runners up were “Lightning Boltz”. In addition, there was the Model United Nations event organized by Speak Up, XIMB’s oratory club. ‘Case In Point’ , the case study competition organized by HR Association, judged the HR skills of participants. ‘Nirnay’, an in-house business simulation game conducted by X-Ops, XIMB’s operations committee attracted several participants. Goonj, the marquee singing competition held on every Xpressions lifted the spirits of the crowd. Paint@XIMB, conducted by Spicmacay chapter of XIMB; showcased the students’ expertise in painting. Flights of Fancy, a Literary Society event witnessed enthusiastic participation. Parikrama, an online treasure hunt; organized by XSys, the Systems association of XIMB, kept the participants on their toes.Paint It Up, organized by XIMB’s International Relations Committee, was particularly well-received: its final round was a ‘Paintball’ round, something that hadn’t been seen before in XIMB. The event was won by “X-Vrak”.The inaugural edition of Vakritva, conducted by Social Responsibility Cell and Speak Up committees, emphasized on how management skills are utilised for the betterment of the society. HR Express also saw participation in huge numbers by HR management students. On the evening of 10th November, Carnival De Vogue, XIMB’s fashion competition went underway.The day was closed out with an enthralling performance by Lost Stories and Paranox as a part of EDM night.

Some of XIMB’s flagship case-study competitions, namely Maven and Case Connect were held amidst great enthusiasm.  Urbaniac, a business model competition was conducted by the Urban Management functional committee, HabituX. Inquizzitive, the flagship event of the quiz committee of XIMB, XQuizzite saw huge participation.Xpress on Air, an RJ hunt competition organized in association with Sarthak FM was one of the highlights of the second day of Xpressions. A CSR plan competition, Vriddhi along with Ascend, a case study presentation competition was organized on the day hours. Pratibimb, a face painting competition organized by Spicmacay chapter of XIMB, presented a means to the students to unwind from the daily curricular activities. The second day of the festival concluded with MTV Beats Decibelz, which is the band hunt competition of Xpressions.

Spardha, a social entrepreneurship competition was won by “Team Cityzens” and runners up were “The Misfits”. Mpower, the marketing case study competition was won by “Kotler Mafia” whereas the team,“A Team Has No Name” bagged the first prize in Trade Wars, the online trading simulation event. Aaghaz, the nukkad-natak competition witnessed huge participation from several colleges.Informal games such as Baal Baal Bachey and Chakna Hai Kya provided a different view to the day’s events. Viraasat, organized by Spimacay chapter of XIMB; provided a platform to compete in various Indian performance arts such as classical dance, classical singing and instrumentals. Thirkan, the dance competition of Xpressions finished with several laudable performances.

The Xpressions ’17 came to a close with Celeblitz, the celebrity night, held outdoors. Bollywood star Farhan Akhtar  enthralled the crowd. His set-list was a combination of his compositions, which were deliriously lapped up by the enthusiastic crowd.