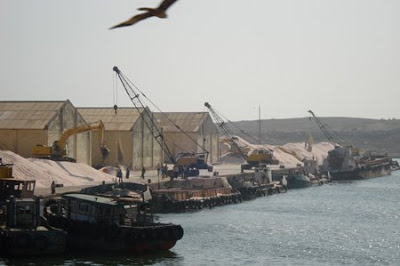 In the JVC, the IREL will have 51% equity while the Idcol 49% . The JVC will now apply for the fresh lease of beach sand mines in Gopalpur  in Ganjam district to Brahmagiri in Puri district. An mineral separation plant would be set up with an estimated cost of Rs 450 crore. The project will come up in about 24 months as per the pre-feasibility report. About 400 people would be engaged in the project.

The IREL, which has been operating mining separation units at Kerala, Tamil Nadu and Odisha, had evinced interest to form the JV with the IDCOL for development of Beach Sand Mining.  IDCOL had applied for the mining licence (ML) and prospecting licence (PL) to the Government of Odisha for beach sand mining over an area of 5995.198 hectare in different villages along Ganjam coast.

According to the state government mines department’ s 2011 report Odisha has the third largest deposit of ilmenite in the country. Andhra Pradesh has the biggest deposit followed by Kerala and Tamil Nadu at the second spot. In Odisha major deposit has been identified near Chhatrapur in Ganjam district and Brahmagiri in Puri district. Though India has 18 per cent ilmenite deposit globally, production of it has been poor, ilmenite production is the highest in Tamil Nadu followed by Odisha.