If, the suggestions made by Jena in his letter will be accepted then the newly nominated Odisha Pradesh Congress President Niranjan Patnaik would not be the chief minister if the party would come to power in 2019 elections.

Jena, in his letter titled ‘Preamble of Congress Manifesto for 2019 Elections in Odisha’, which was circulated among the Congress leaders and MLAs on Friday, has suggested that the Congress if come to power 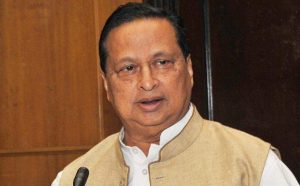 Jena, in his letter dated April 23rd has said, “As Chairperson of the Manifesto Committee of the Odisha Pradesh Congress Committee, I would like to propose the following preambles of our manifesto for the 2019 election. The preambles will be based on three pillar of political representation, economic justice and social justice.”. ” I welcome your view on this:

Sources close to Jena said that the Odisha Congress manifesto committee chairman has already sent the copy of the letter to party high command Rahul Gandhi and AICC general secretary in charge of Odisha Jitendra Singh. Both of them have appreciated the suggestions made by Jena, the sources added.