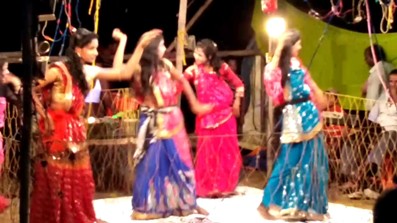 The incident occurred when the Opera actress was have a scene with the snake on the stage. The Jatra show was going on at Barunhat village under Hasnabad police station.

The snake was used as a prop the Jatra as the play was based on ‘Manasamangal Kavya’, a mediaval era literature that narrates the story of how snake goddess Manasa establishes her worship in Bengal.

Kalidasi Mondal, 63-year old actress was taken to hospital where she was declared brought dead.

After the snake bit Kalidasi Mondal, she was taken to hospital where she was declared brought dead, police said.

Basirhat police district SP, S Rajkumar, confirmed the incident and said the body has been sent for post-mortem examination.