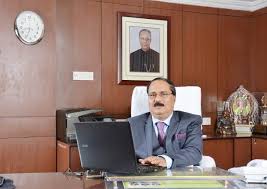 Bhubaneswar: National Aluminium Company Limited (NALCO) has once again repeated its stupendous performance by registering PAT of Rs 687 crore in the first quarter that ended in June of 2018-19, registering a growth of 433% over Rs 129 crore posted in the same quarter last fiscal. The Q1 profit registered an increase of  167 % over Rs.257 cr in Q4 of previous year.

It may be mentioned that the net profit figure of Rs 687 cr in the first quarter of 2018-19 surpassed the whole net profit of Rs 642 cr in 2013-14. This significant growth in profit has mainly come from the alumina revenue segment, Damanjodi, which has achieved the distinction of being the lowest cost producer of alumina in the world. Apart from the cost focus, it is the pre and post sales service of Nalco, coupled with its quality which has helped the Company in commanding a high premium in international market. Nalco’s alumina product has strong brand image and sells at more than 10 % over the average CRU index.

The total alumina sale during the quarter was 3.20 lakh tonnes and aluminium sale was 1.05 lakh tonnes.