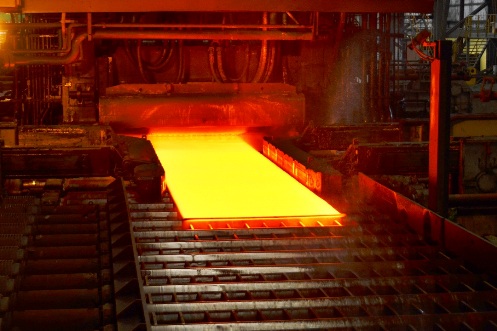 Rourkela: The Steel Authority of India Ltd. owned  Rourkela Steel Plant (RSP) has posted its best ever production performance in all major areas in the H1 of the current financial year. In the April-September 2018 period the Steel Plant produced 18,67,616 tonnes of Hot Metal, 17,71,308 tonnes of Crude Steel and 15,84,650 tonnes of Saleable Steel which are not only the best-ever performance of the Plant since inception but also a rise of  19.3%, 17.3 and 12.3 % over the H1 of previous fiscal. By producing 29,97,091 tonnes of Sinter and by achieving an average oven-pushing of 87.7  per day, the Sinter Plants and the Coke Ovens Battery-6 also recorded their highest-ever performance.

According to RSP spokesperson, many downstream mills too performed exceedingly well by recording growth over their production performance in the Corresponding Period Last Year (CPLY). The Plate Mill rolled out 2,30,506 tonnes of plates, New Plate Mill recorded production of 4,08,722 tonnes of plates (Best-ever performance), ERW Pipe Plant made 21,216 tonnes of ERW pipes and SW Pipe plant produced 13,571 tonnes of Spiral Weld pipes, while the Silicon Steel Mill made 20,683 tonnes of Silicon Sheets.  As a result the total despatch of Saleable Steel reached an all time high of 16,27,268 tonnes.