Curtains down on Xavier University Xamboree 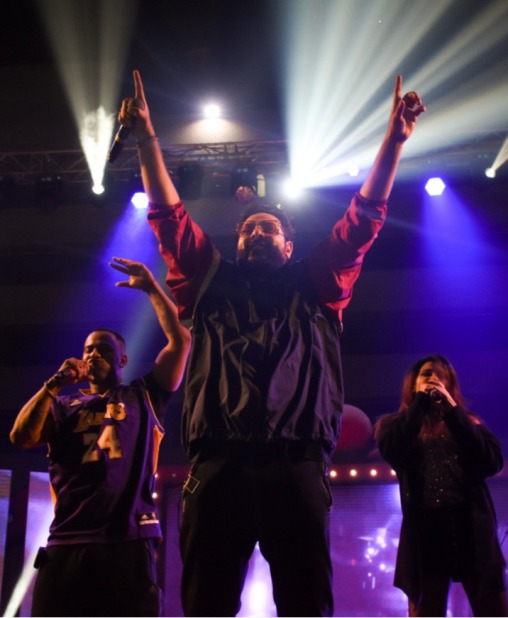 Bhubaneswar: The three-day Xamboree of Xavier University, Bhubaneswar (XUB) concluded, in it Jatni campus  on Saturday.

During the three days, the XUB organised Viraasat, Spardha, Origami , X-Stage and Pro-Act programmes to exhibit talents of the students of various educational institutions.

Viraasat, organised by the XUB Chapter of SPIC MACAY, a cultural event which provides platform for people to showcase talent and depict colours of Indian classical art forms like classical dance, singing and instrumentation,kick-started the final day of the fest with vibrant and melodious performances from participants.  Chirag Mishra from Mother’s Public School won in Instrumentation while  Samaranika Hota from Mother’s Public School grabbed the trophy in the classical dance category and  Suman Sunayana from Demonstration Multipurpose School claim the top spot in classical Indian singing.

Next in line was Spardha, organised by RMAX – Rural Managers’ Association of Xavier School of Rural Management, which is a social entrepreneurship competition where different teams compete to win the best idea for rural sustainability. The event was judged by two esteemed professors from Xavier School of Rural Management, Prof. Sujit Jagadale and Prof. T. Kumar. Rural Jedi, Aspiring Minds, Cold Blooded and Rural Mogul were the teams who had earlier visited neighbouring villages and had come up with different business plans to the benefit of that village.  The winner of the competition was Rural Jedi followed by the runners up Rural Mogul .

The day saw two committees of XUB collaborate, XIMHAR – The Human Resource Association of Xavier School of Human Resource Management and HabituX – TheUrban Management and Governance Association, and conduct Pro Act, which unites the thought process of a strategist and the fun of managing people.  Team Profiteers from Welingkar,Mumbai (Rahul Narvekar and Bhavesh Chaudhari)were crowned the winners while team Mashup from XAHR (Ashish Deb and Agrima Aggarwal) were the runners up.  Shivam Sharma and Manisha Choraria were the coordinators.

The X-Stage – the cultural committee of XUB, conducted two events. First one was Tamasha, in which many teams showed their talent of projecting society’s dilemmas through their acting performances. The winner was the team from Silicon Institute of Technology, Bhubaneswar. The second of the two events was Foot Loose, an event dedicated to rhythm, movement and discipline with performers coming together to bring something novel, with change in lyrics, where Team SRDA from College of Engineering and Technology bagged the first place. The  judges were Andrew Wills,  Krishna Mohan Reddy and  Ashutosh Mohanty.

LitSoc – TheLiterary Society of XUB organized Origami, whose second round, ‘Rulers of the Realms’ was a competition for constructing micro nations and making a wonderful and fascinating study of the same involving all the parameters that supports a real-world economy. The first round was an online round, ‘Hello from The Other Side’, wherein participants emulated a character from their favourite literary-verse and wrote a letter to another character from a different verse. The winners were a team from the first year of Xavier School of Human Resource Management (Srijana Chatterjee and Subhasree Panda).