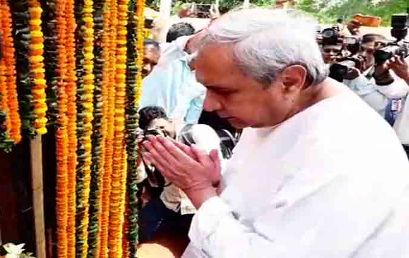 Bhubaneswar:The Odisha chief minister, Naveen Patnaik, Tuesday laid the foundation stone for the Odia University at  historic Bakula Bana in Sakhigopal under Satyabadi block of Puri district. The foundation stone was laid with soil and water brought from the 30 districts of the state.

Patnaik said that the university will help in promoting and propagating Odia language across the country. It will also provide PG courses as well as facilitate research on different aspects of Odia language and literature, he added.

The Panchasakhas (five friends)- Gopabandhu Das, Krupasindhu Mishra, Harihar Das, Pandit Mishra and Nilakantha Das- had set up Bakula Bana Vidyalaya, the first model open school of the state at Sakhigopal in 1909. Now around 109 years later, the state government is going to set up Odia University at the same place.