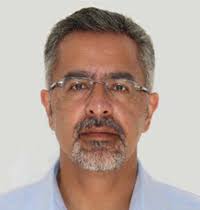 Bhubaneswar: They made Odisha proud. For over six months they spend sleepless nights to showcase Odisha’s organisational prowess.

Make-in-Odisha become a event of the new millennium. The grandeur of the show overwhelmed the who’s who of the Indian industry. Top corporate honchos like Mukesh Ambani, Kumar Mangalam Birla, N. Chandrasekher, Anil Agarwal, Sajjan Jindal, Naveen Jindal lined up to shower accolades for the apt management of the event. Over 5000 delegates who participated in the five-day event returned with full satisfaction. And, over 30,000 visitors, who dropped to set the arrangements, are yet to come out of the hangover.

Organising an event on such a scale was appearing impossible. But, Team Odisha accomplished it. Members of Team Odisha, starting from chief secretary, development commissioner and principal secretary industries down to the level of ClassIV employees sweated to make it a grand success.

Team Odisha is tired today. Stressed. With the curtain down on the show, the members of the Team feel completed drained out.

Stress they are, they are looking for release mechanism. Thanks to the state planning and convergence department for having a stress management institute. About 100 officials and employees of the industries department are now attending the institute for de-stressing. They are undergoing stress management exercises like yoga and meditation besides attending spiritual discourses.

” There was no duty hours for the last six month. And, I was on my toes during the five days of MiO,” said an officer who was on the protocol duty.

” We worked with all enthusiasm because of the motivations given by the principal secretary Sanjeev Chopra”, said another officer who was in-chage of the venue.