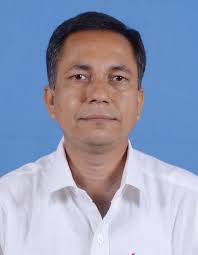 Bhubaneswar: Nilagiri BJD MLA Sukanta Nayak has resigned from the primary membership of his party on Friday.

Nayak, in a letter written to the BJD president, has stated that he has resigning from the primary membership of the party as he was neglected by the party in recent times. He also alleged that the Balasore district president of the party had been giving mental tension.

” A conspiracy has been hatched, which has been exhibited during the joining ceremony of a person ignoring me who had been defeated during the last elections 2014 by margin of 13,000 votes. To add to my disadvantages the mental torture meted out with me by the district BJD president become unbearable day by day. This hurts me a lot for which I am tendering regisnation from the primary membership which may kindly be accepted”, Nayak has writted in his resignation letter.