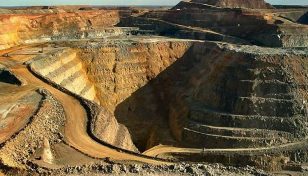 Bhubaneswar: In a sudden development, the Odisha government has cancelled the auction of 40 iron ore and manganese mines.

The State mines director, Deepak Mohanty, however, has said that the government has cancelled the auction of 20 iron ore and manganese mines. The government has directed to add some more criteria in the tender conditions, he has added.

Mohanty said there were 177 biddings for 20 mines. However at the time of evaluation of technical bids it was found that companies have submitted multiple applications for single mines through their subsidiaries. To bring transparency to the bidding process it was decided not to allow multiple applications from a company for a mine.

The government had floated global tenders in three phases in October 2019 for auction sale of 40 mines as per the Mines & Minerals Development Amendment Act 2015.

There were allegations of serious fault in the tender process. The Technical Expert Comnittee pointed out the mistakes in the process. Following this the High Level Committee on November 30 recommended the government to cancel the entire auctions. After the approval of the chief minister, the formal notification regarding the cancellation of the auction of the 40 mines has come out on Monday.

Now the government will invite fresh tenders for the 20 mines on December 6, 2019. The last date for the receipt of application will be January 3, 2020. The lease period of these mines coming to an end on March 31, 2020.

The auction of the remaining 20 mines will be held later.

Sources in the State mine department told India Whispers that the government wanted that there should be not be multiple bids by a single entity for a mine. If any company has found submitted more than one application directly or indirectly then all the applications of the company be rejected.

Successful bidders have to raise at least 80% of the targeted production within 2 year of getting all the statutory clearances obtained for mining operations.