Madhuri Dixit to debut in a Netflix series 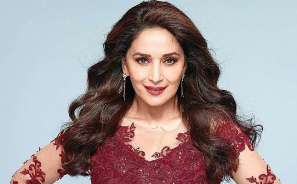 Mumbai: Madhuri Dixit Nene is now all set to lead an upcoming Netflix series that the streaming giant will produce under its partnership with Karan Johar’s Dharmatic. Karan will be serving as a creative producer of the series.

This series is directed by Sri Rao. As many know that, Madhuri had collaborated with Netflix in the past to produce Marathi drama “15th August”.

‘This series is entertaining, riveting, and yet heart-warming’, Madhuri stated.

Karan Johar’s Dharmatic inked a long-term, multi-project deal with the streaming platform earlier this year, and called Madhuri as one of his favourite actors of all time as well.

The untitled series is in advanced stages of development.