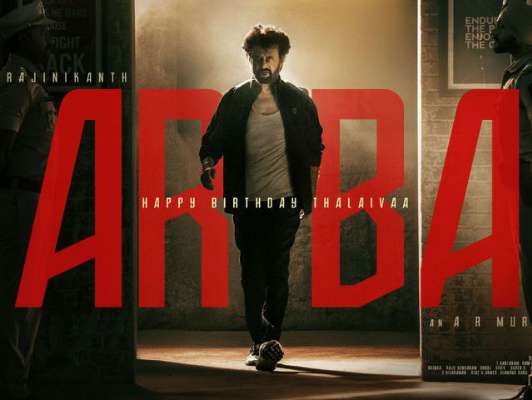 Channei: The makers of Thalaiva’s upcoming Tamil film ‘Darbar’, released a special poster to mark the superstar’s 69th birthday on Thursday. The poster features Rajinikanth walking majestically with a fiery look on his face.
Darbar, which has been directed by AR Murugadoss, is slated to hit the screens during Pongal in January. The film marks his return as a police officer after 25 years.
Rajinikanth was last seen playing a police officer in the 1992 Tamil film ‘Pandian’. His other police officer role includes Alex Pandian from ‘Moondru Mugam’, which released in 1982.
At the audio launch of Darbar last weekend, Rajinikanth opened up on teaming up with Murugadoss for the first time.
Meanwhile, Rajinikanth’s Tamil film titled ‘Thalaivar 168’ was officially launched on Wednesday in Chennai. The film will be directed by Siva, known for helming projects such as ‘Veeram’ and ‘Viswasam’.
This project will also star Keerthy Suresh, Meena Khushbhu in key roles. D Imman has been roped in to compose music.
Many celebrities including Kamal Haasan, Mahesh Babu, Abhishek Bachchan, Divya Dutta, Anup Jalota and many others too wished the megastar on his birthday.