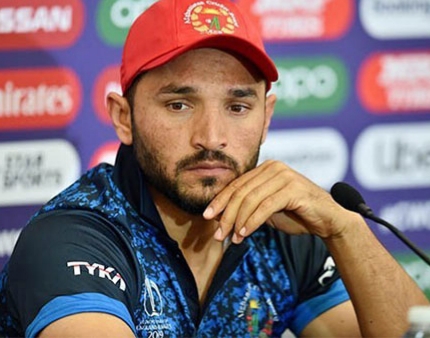 New Delhi: Former skipper Gulbadin Naib has threatened to expose the Afghanistan cricket board (ACB) on Wednesday, stating that the he will publicly name and shame the government, players and management if suitable actions are not taken.
“My dear Afghans, the main reason why I went public is not because I have personal grudge against player or the board. I am going to reveal every person’s identity involved in corruption and other misconducts and betrayals against our Nation cricket and its people”.
“I know most of you may ask why I have not spoken publicly against these people/mafia circles before. I have been sidelined and promised, by the authorities and other stakeholders that they will sort the mess in the cricket team and promised immediate changes & banning of this circle,” Naib tweeted.
“Has anything been done about such betrayal? For public interest, if the authorities don’t take appropriate actions, I will publicly name and shame every single one from gov officials to board members, players and ex board and management members. Stay tuned… long life my beloved,” he further stated.
In an array of tweets the former skipper also threatened to unmask the players who had intentionally underperformed during the ICC World Cup 2019 under is captaincy.
“The same circle has access all the way to some high level gov officials, who have influence over the cricket board and management. Some blatantly admitted to the board that they were not performing as they were supposed to during world cup because of my captaincy,” Naib stated in another tweet.
Earlier, Afghanistan cricket body dismissed Asghar Afghan as captain just over a month ahead of the quadrennial event. Gulbadin Naib was appointed as the skipper for ODIs. However, following Afghanistan’s disappointing display in the World Cup, spin wiz-kid Rashid Khan was appointed as the team’s captain for all formats.
Yesterday, ACB reappointed Asghar Afghan as the team’s captain in all formats.