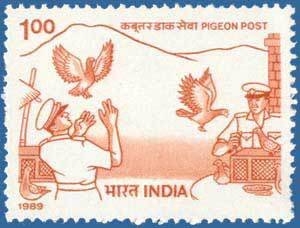 Bhubaneswar : The  Eastern   India  Philatelic Association Sunday held an online  charity auction of  stamps and postal materials  as a fund raiser  for helping the distressed during the Covid-19  lock down crisis.

Members of the philately group contributed articles which were put on auction and the amount realised   was put in a fund which will be used to provide rations for  day wagers who are  severely effected by the lock down.

The Secretary of EIPA, Shanti Swarup Rath said that Philately is a gentlemen’s hobby. The sense of camaraderie, mutual trust and faith that philatelists share with each other and society in   general, is not found in any other hobby.

Anil Dhir  said that the proceeds   from the auction far exceeds than what was expected. Valuable postal materials, many relating to Odisha were put up for auction by various members from all over the State. A set of Ten Pigeon Post Covers  flown by the Orissa Pigeon Service  were sold  for more than  Rs 4000/-. Many members also made online cash   donations.

EIPA is one of the most prominent philatelic societies in the country with representation in the Philatelic Congress of India. It was established in 1998 in Bhubaneswar with Bijoyshree Routray appointed as the first President. Since then EIPA has grown to be a premier institution for philately and philatelists in India. The Society had a strong publishing record with many seminal works being written by its members. Its members are among the foremost stamp collectors in the country and have exhibited their exhibits both in the country and internationally. It will soon be celebrating its 25th Year Silver Jubilee and is among the oldest running societies. The membership base extends all over the State and country with more than 250 registered life members. Philatelists from Balangir, Sambalpur, Keonjhar, Berhampur, Katak and other places participated in the auction.