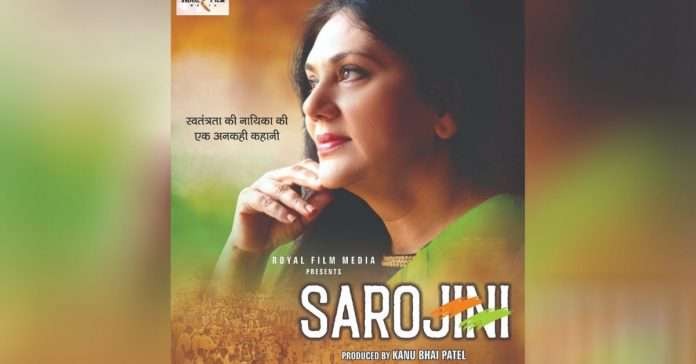 Mumbai: Actress Dipika Chikhlia who is best known for her role of Sita in the popular mythological show ‘Ramayan’ is all set for a comeback on the silver screen with a major role in the biopic of an eminent political activist, freedom fighter and poet Sarojini Naidu.

Dipika shared her first look poster from the biopic ‘Sarojini’, on Instagram.

The tagline of the poster reads, “Swatantrata ki nayika ki ek ankahi kahani”
Sarojini’ is directed by Akash Nayak and Dhiraj Mishra. The movie is produced by Kanu Bhai Patel under the Royal Film Media banner.
Sarojini Naidu was a freedom fighter and a poet, who wrote in myriad topics ranging from politics, romance to tragedy.