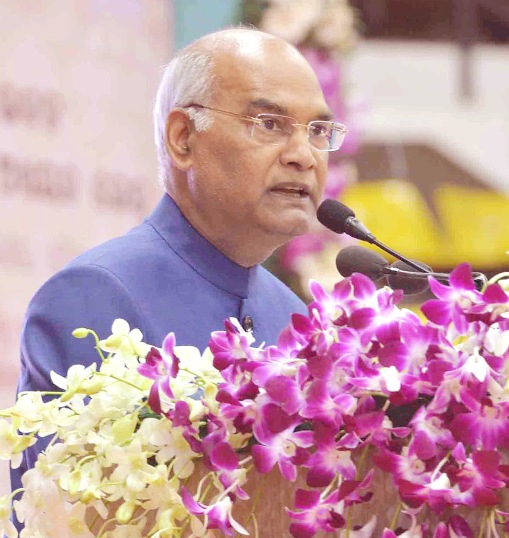 New Delhi: Leaders of seven opposition political parties represented in the Indian parliament have urged the President of India Ramnath Kovind to intervene immediately and save the Indian working class and working people.

Dwelling on a very serious issue that concerns the security, welfare, livelihood and future of crores of Indian working class and working people, they have stated, ” In fact, this concerns the well being and prosperity of our entire country and its future.”

“The issue is the nullification of the labour laws and the hard-won democratic rights of the vast majority of Indian people in the name of fighting the Covid-19 pandemic and the consequences of this prolonged national lockdown,” they have added.

“We are drawing your attention to these issues which we think are anti-constitutional, hence against the law of the land,” they have pointed out.
“Using the pretext of battling the Covid-19 pandemic, drastic changes are being made to the existing labour laws of the country which further jeopardises the lives and wellbeing of the working people. Already the country is witness to the most inhuman tragic dimensions of the plight of the migrant workers since the national lockdown has been enforced.”

“Far from protecting the fundamental right to life and dignity, today’s conditions are barbaric. Last night, sixteen migrant workers, mainly tribals, forced to walk thousands of kms back to their homes with no arrangements being made for them, were crushed to death by a goods train in Maharashtra.”

“The easing of restrictions have not been accompanied by the required safety measures and environmental concerns. Such negligence has led to the Vizag industrial accident claiming 12 lives and hundreds hospitalized.”

“Already your government has initiated the legislative process of codifying 44 existing labour laws into four codes. One of these has been adopted by the parliament – the Code on Wages Bill. The others are in the process. Even before this codification gets a legislative sanction, the existing laws are being violated with impunity. Once this code gets the legislative sanction, then the executive i.e. the government can through an executive order change this without the need for any reference to the parliament or state legislatures. This is patently anti-labour and draconian.”
Using the pretext of battling the pandemic, the daily working hours have been increased from eight to twelve hours through executive orders in various States like Gujarat, Madhya Pradesh, Haryana, Himachal Pradesh, Rajasthan, Punjab and Odisha without amending the Factories Act. Some other States are likely to join this growing list. The Sttate government of Uttar Pradesh has suspended all labour laws, except three, for a period of three years. The Madhya Pradesh government, similarly, announced a cabinet decision to exempt all establishments from obligations under all labour laws for a period of a thousand days. The fundamental right for the workers to organise themselves into unions is also being gravely threatened.
Diluting labour rights seems to be the logic employed by “your government” at the centre and by some state governments, rather than concentrating on fighting the pandemic by augmenting our health facilities and protecting our doctors and health workers and taking care of the people’s requirements.
All this is being done in the name of reviving our economy due to the difficulties caused by the national lockdown. We may add that the Indian economy was already in a tailspin hurtling towards a recession before the outbreak of this pandemic.
“Your government” has done very little to look after the people who have lost all their livelihood and all capacity to meet their hunger needs. They are languishing. Fourteen crores of workers have lost their jobs since the lockdown began. Surely, you will agree that India cannot have more deaths due to hunger, starvation, poverty and deprivation than those infected by this deadly virus.
The manner in which the migrant workers in various states, except with honourable exceptions like Kerala, have been treated, leaving them without any support is deplorable. Worse, they are now being charged for their travel to return home. Many restrictions are also being placed on their movement virtually treating them as bonded or indentured labour.
Instead of moving towards a vibrant modern secular democratic republic, India is today being pushed back to medieval barbarism and slavery. It is simple, honourable President, workers under the Indian Constitution are not slaves. Reducing them to this status is not merely a violation of the Constitution but its nullification.
The opposition leaders have appealed the president to urgently intervene to stop such naked savagery against the working class and the working people, at this crucial juncture when the unity of all our people is our biggest strength in fighting and defeating this pandemic.