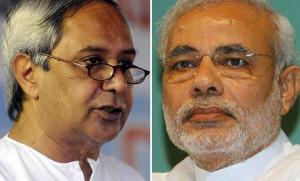 Bhubaneswar: Odisha chief minister Naveen Patnaik said instead of branding districts as red, orange or green zone,smaller areas can be taken as a unit for such branding.

” A smaller, scientific unit can replace district as unit for zoning, and we should allow local
administration to decide this area”, Patnaik said while addressing the chief ministers meeting convened by prime minister Narendra Modi on Monday.

Joining the meeting from Bhubaneswar through video conferencing, the chief minister said, “As regards lockdown and other regulations, there should be broad principles at national level and allow decentralised implementation by local administration.”
To reboot the economic activities, Patnaik said, the union government may come up with an National Standard Operating Procedure (SOP).

“Our production lines are interlinked so also our value addition process, cutting across State boundaries. A national SOP will guide in an unified response in rebooting economy.”.

The chief minister suggested that the union government may modify existing schemes to incentivise and actively involve Panchayat Raj institutions in Covid management.

“As the fight is going to be long, it is important that we involve Panchayats for a system based response.”

Patnaik also put forth that the Railway movements may be regulated in consultation with States as being done for stranded persons.