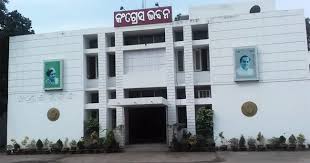 According to reports, one group of Youth Congress opposing the appointment of Smruti Lenka locked the Congress Bhawan gate, here on Tuesday. However, the supporters of Lenka broke the lock and tried to forcibly enter into the Bhawan. This led to a bloody clash between the two groups.

The Police resorted to lathi charge to disperse the warring groups. Police have arrested one persons in this connection.