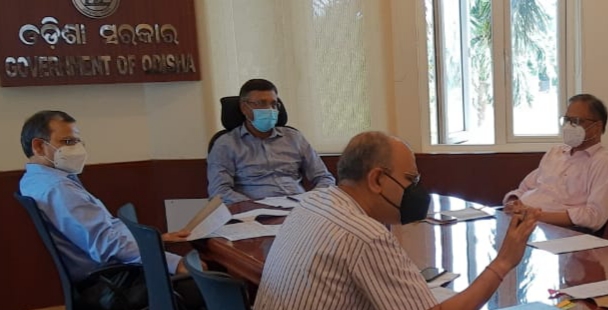 Bhubaneswar: The Odisha government has decided to release around Rs 23,848 Crore to Panchyati Raj Institutions (PRIs) and Urban Local Bodies (ULBs) over a period of six year from 2020-21 to 2025-26 under 5th State Finance Commission recommendations.

This was decided in a high level monitoring committe meeting held here on Tuesday under chairmanship of chief secretary Asit Tripathy.

Reviewing the issues relating to transfer of funds as presented by principal secretary finance Ashok Meena, chief secretary directed the Panchayats and urban bodies to expedite implementation and maximize outcomes of the expenditure.

Development commissioner Suresh Chandra Mohapatra asked the self government bodies to take up the need based projects having revenue generation potential so as to make those sustainable in the long run.