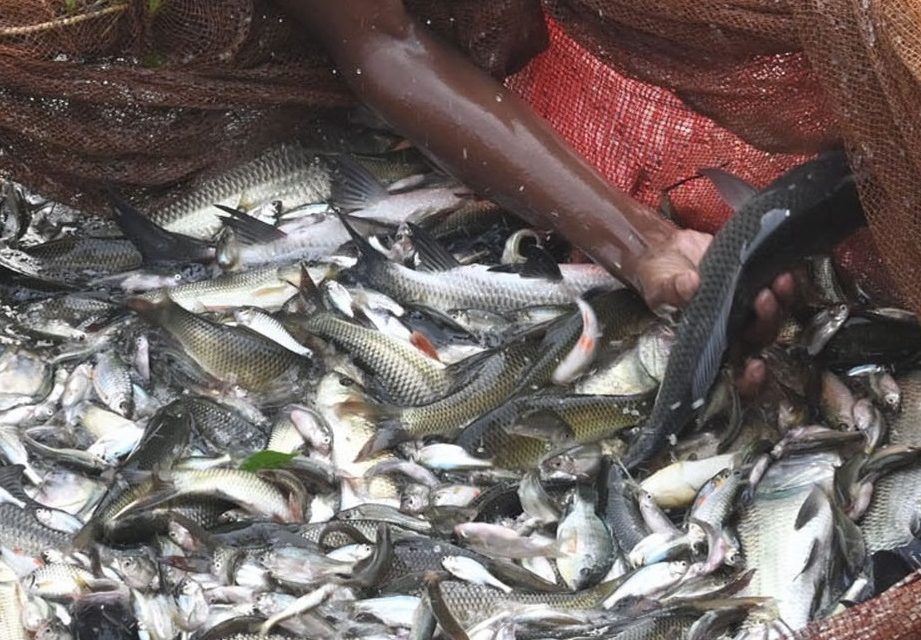 Narendrapur(Odisha): With an aim to support local villagers to be self-reliant, Tata Steel BSL has been guiding them to take up pisciculture. In coordination with National Federation of Fishers Cooperative Ltd (FISHCOFED), Government of India, farmers from 5 villages were given training on modern pisciculture. This project has been running in five periphery villages of its plant at Narendrapur, in Dhenkanal.

At the initial stage, the project has been implemented in 5 community ponds of Kurunti, Itap, Sarpa families, Nuagaon Talbahal, Kusupanga and. In the first phase, 14.5 quintals of fishes have been harvested from the village of Kurunti, Itap, Sarpa alone.
This project trains villagers engaged in fish farming on various harvest techniques to boost productivity. The villagers will be provided with essential inputs such as fish feed, fish seeds, medicines, and expert guidance from FISHCO.
With the success of these farmers, Tata Steel BSL is also facilitating fish farming in other nearby villages. Om Maa Banadevi SHG of Nuagaon village under the same block with 10 members, has taken the village pond on lease from the Gram Panchayat and released 15 kg of fingerlings. CSR team of Tata Steel BSL has facilitated this with linking the SHG to the Block Office to avail subsidy benefits for fish feed as per government provisions.