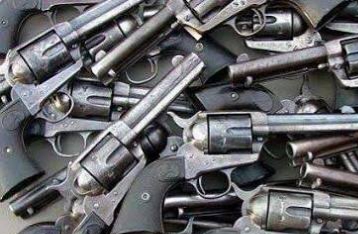 Malkangiri(Odisha): A illegal gun factory has been unearthed by the security forces in the district.

The joint team of BSF and DVF has stumbled upon the factory in the dense forest of Kuruba- Sudhakanta- Elkanur in Kalimela area of the district.

The Malkangiri police SP said that gun making machineries and assoceries were seized in the raid. He said that Maoists are suspected to be involved in running the factory.