Odisha among 9 States gets bamboo clusters 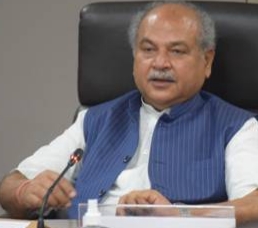 New Delhi: Odisha and eight States have got bamboo clusters.

Lauding the success of the National Bamboo Mission, Tomar said that the country is now gearing up to increase the export of bamboo products.

Addressing the video conference, the agriculture minister said that the government’s goal in the bamboo sector is being achieved with the concerted efforts of all stakeholders of the Bamboo Mission. Keeping in consideration the importance of bamboo, the Indian Forest Act 1927 was amended in the year 2017 to remove bamboo for the category of trees, as a result now anyone can undertake cultivation and business in bamboo and its products. Import policy has also been modified to ensure progress of the bamboo industry in the country.

Tomar said that the use of bamboo has been an ancient tradition in India and it is now being supported with modern technology. Youth are also being given training for bamboo industry, he added.

The minister called upon the States to take forward the objectives of the Mission which would contribute to the call of prime minister of an AatmaNirbhar Bharat through an AatmaNirbharKrishi.

The support being given by the Mission to local artisans through locally grown bamboo species will also actualize the goal of Vocal for Local. This will help increase income of farmers and at the same reduce dependency on imports of some raw material. With the wealth of bamboo in India and growing industry, India should aim to establish herself in global markets for both engineered and handcrafted products.

The restructured National Bamboo Mission was launched in 2018-19 for holistic development of the complete value chain of the sector. The Mission is being implemented in a hub (industry) and spoke model, with the main goal of connecting farmers to markets so as to enable farmer producers to get a ready market for the bamboo grown and to increase supply of appropriate raw material to domestic industry. The Mission was launched as a natural corollary of the historic amendment of the Indian Forest Act in 2017, removing bamboo from the definition of trees, hence bamboo grown outside forests no longer need felling and transit permissions.

The bamboo ecosystem has been energized with 23 States being assisted, including all the 8 States of North East. Ten most important species which are required by industry have been identified and quality planting material is being made available to farmers for plantations. Assam has already engaged FPOs for raising plantations.

FPO would be engaged in raising nurseries and plantations and/or product development like furniture, agarbatti, venetian blinds, chopsticks, toothbrush, lifestyle products, jewellery, bottles, yoga mat, charcoal. Together with industrial products, the National Bamboo Mission also endeavors to upgrade skills of traditional bamboo craftsmen as per requirement of contemporary markets with tie up with enterprises and premier institutes so that our cultural heritage is continued.