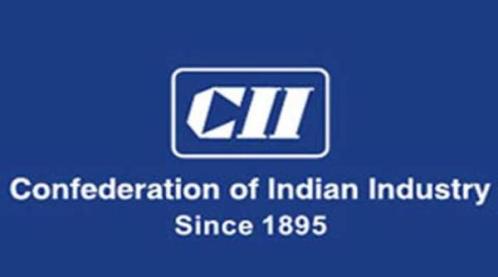 Bhubaneswar: Digital compliance and automation are key to the revival of the mining and metal sector in the country in the post-Covid regime.

This has been viewed by the speakes at a webinar on challenges faced by mining sector, here on Friday.

Nalco CMD and CII ER-Sridhar Patra, Chairman, ER-Mining and Metal Sub-Committee Sridhar Patra said that mineral sector contributes 14.4% in the Index of IPP and has been growing at rate of 2.1% since 2013-2020 and mineral sector is one of the major employment generation sector where major companies like CIL, NMDC, Nalco, Tata Steel are the major contributors in the employment generation. In current situation of pandemic, digital and automation are playing a major role and mineral sector in India has already started these intervention on fast way.

Mahanadi Coalfield director (personnel) Keshav Rao highlighted how last pandemic has hit the world almost a century back in 1919 when such devastating things happened. Last 6 month was completely havoc for Aviation, Hotels, Tourism, etc. Most of the people associated with these sector has suffered majorly and results into loss of Saving, Increase in NPA, etc. MCL, a subsidiary of CIL has a great management who has taken quick decisions to reduce the impact. So far from Apr-Aug,2020, MCL has witnessed 11% growth in Production volume and 4% increase in sales volume w.r.t. previous year. He informed that new technologies like Coal Gasification, etc. will be a major driver to utilize the large reserve of Coal in the country to fulfill growing demand of energy and electricity at least for the near future.

Hindustan Copper CMD Arun Kumar Shukla said, “It is the time to implement many of the lessons learned during the last 6 month of pandemic and focus on digital and automation for revival of economy”. He also mentioned that the overall infrastructure demand in the area of road, railway will be a key driver for growth of mineral sector as these are totally depend upon steel, aluminium, copper. Demand of these metals are going to increase due to demand creation in area of National Highways, railway expansions, defense policy to encourage Indigenous products, focus on solar and other renewable sources, High Speed Trains and electric vehicles. copper is one of the important metal for electric vehicles.

Essar Minmet MD & CEO Sashi Shekhar Mohanty said that Odisha is a leading state in the mineral production across country. He mentioned that how pandemic has affected the mining sector. He has mentioned that UG operation has been severely hit due to Covid-19 and there is major difficulty in ramp-up of production from UG operation.

Odisha industries principal as Hemant Sharma said that the State government is currently focusing on two important things: Fast tracking of Implementation of Projects; support MSME sector by prioritising their remittance. Starting new Mines, purchasing new machines and operationalising new projects shall be the focus for the industries and government for revival of the economy at faster pace.

Minister of Industries, MSME, Home and Energy, Dibya Shankar Mishra said that Odisha is emerging as industrial hub for eastern region. Hopefully that Odisha is going to be hub for Mineral sector.

Minister steel & mines and works, Prafulla Mallick said that mining and quarrying sector is one of the major sector which provides employment to tribal people in Odisha. Around 70% of workers are employed in iron and coal sectors. He also highlighted that Odisha is one of the fastest growing State in country.