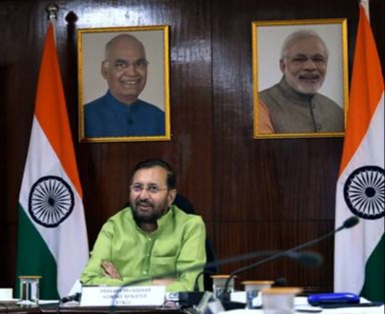 New Delhi: Now zoo will be developed under PPP mode. The union ministry for environment, forest and climate change has identified 160 zoos across the country for their development through Public-Private-Parnership (PPP).

Marking the celebration of Wildlife Week 2020, union environment minister Prakash Javadekar Monday said that the government is working towards the upgradation and development of 160 zoos in Public Private Partnership (PPP) across the country to encourage interaction between wildlife and humans, and help people observe and understand wildlife behaviour more closely.

The minister informed that policy for up gradation and development of all the zoos in the country is underway and will be taken up during the upcoming budget. Javadekar further said that state governments, corporations, businesses and people will all be key elements of the plan. It will help give enhanced experience to the visitors especially the students and children and the future generation in order to nurture the connect between wildlife, nature and humans.

On the occasion Javadekar also launched a report of the CZA-TERI titled “Economic valuation of ecosystem services, National Zoological Park, New Delhi ‘.The report highlights the importance of habitats such as zoos to human wellbeing and the need of replication across India.

The study first of its kind in India and perhaps the entire World, pegs the total annual economic value of the ecosystem services (biodiversity conservation, employment generation, carbon sequestration, education and research, recreational and cultural) at around 423 crore (2019-20) whereas, the total value of the one-time cost of services such as carbon storage and land value provided by the zoo is estimated to be around 55,000 crore.

The minister, during the virtual interaction, also addressed questions of school children from across the country, concerning wildlife protection and human-wildlife interaction. He stated that we must all work together to protect the valuable wildlife of the country.

CZA which was established to oversee the functioning of Indian zoos and complement the wildlife conservation strategies through ex-situ measures, as on today recognizes around 160 zoo and rescue centers that enforce global standards in animal housing and welfare. Over 567 captive animal species (with 114 species under endangered category) with overall 56481 individual animals are currently housed in Indian zoos.