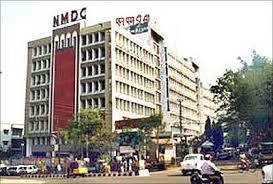 New Delhi: Thee Cabinet Committee on Economic Affairs (CCEA) chaired by the prime minister Narendra Modi has given its ‘in-principle’ approval to the demerger of Nagarnar Steel Plant (NSP) from National Minerals Development Corporation (NMDC) Ltd. and strategic disinvestment of the demerged company (NSP) by selling entire government of India stake in it to a strategic buyer.

NSP is a 3 million ton per annum (mtpa) Integrated steel plant being set up by NMDC at Nagarnar in Bastar district of Chhattisgarh in an area of 1980 acres at revised estimated cost of Rs.23,140 crore (as on 14.07.2020).

As on date NMDC has invested Rs 17,186 Crore on the project out of which Rs 16,662 crore is from NMDC’s own funds and Rs 524 crore has been raised from bond market.

With the approval, CCEA has amended its earlier decision taken on 27th October, 2016, to disinvest Nagarnar Steel Plant as a unit of NMDC.

The proposal to demerge the NSP into a separate company before its disinvestment has the following advantages:

NMDC is a listed CPSE under the ministry of steel and government of India has 69.65 % shareholding in the Company.