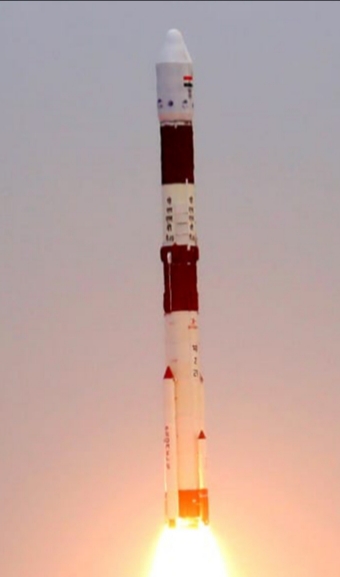 PSLV-C49 lifted-off at 1511 Hrs (IST) after a delay of nine minutes because of inclement weather conditions observed during countdown. After 15 minutes and 20 seconds, EOS-01 was successfully injected into its orbit. Subsequently, nine commercial satellites were injected into their intended orbits. After separation, the two solar arrays of EOS-01 were deployed automatically and the ISRO Telemetry Tracking and Command Network at Bengaluru assumed control of the satellite. In the coming days, the satellite will be brought to its final operational configuration.

“PSLV-C49 successfully placed EOS-01 and nine customer satellites precisely into their orbit” Chairman, ISRO, Dr. K. Sivan declared. He congratulated both the launch vehicle and satellite teams for rising to the occasion amidst the Covid-19 pandemic restrictions. Dr. K. Sivan also briefed about the upcoming missions.

EOS-01 is an earth observation satellite, intended for applications in agriculture, forestry and disaster management support.

The nine customer satellites from Lithuania, Luxembourg and USA were launched under a commercial arrangement with NewSpace India Limited (NSIL).
PSLV-C49 is the 2nd flight of PSLV in ‘DL’ configuration (with 2 solid strap-on motors). Besides being the 51st launch of PSLV, today’s launch was also the 76th launch vehicle mission from SDSC SHAR, Sriharikota.