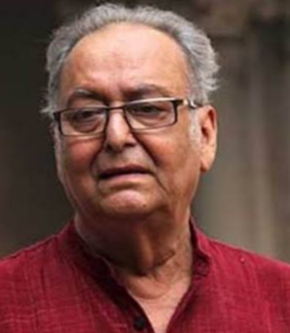 Soumitra got India government’s top award Dada Saheb Palke Award for life time achievement in 2012. He was conferred with Padma Bhusan in 2004.

Soumtra has acted over 300 films besides in theatre in his 30 years of acting career.

“Bengal’s film world orphned”, said West Bengal chief minister Mamata Banerjee. According to her Soumitra is “A legend in his life time”.