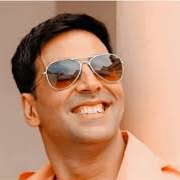 Mumbai: Action star Akshay Kumar has served a defamation notice to a YouTuber from Bihar, seeking Rs 500 crore in damages for making ‘false and baseless allegations’ against him in the Sushant Singh Rajput’s death case.
Kumar, in the legal notice said that a YouTuber named Rashid Siddiquee, in his YouTube channel FF News, posted several defamatory, libellous and derogatory videos against him.
The actor has sought an unconditional apology from the YouTuber, who has already been booked by the Mumbai police in a separate defamation case, and also the withdrawal of objectionable videos from his channel.
“These videos are false, baseless, and defamatory and have been intentionally published to mislead the public and is just a cheap publicity stunt, the law firm. Our client is indignant and absolutely outraged at the public embarrassment, discomfort and anxiety he had to face because of these false, scandalous and derogatory videos”, stated Akshay’s lawer.
The Mumbai police have also separately filed a case against Siddiquee on charges of defamation, public mischief and intentional insult for his posts against the city police, Maharashtra government and minister Aaditya Thackeray.