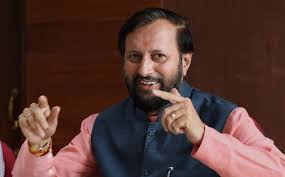 The book was release in three languages Hindi, Punjabi and English.

During the occasion, Hardeep Puri congratulated the Javadekar and ministry of I&B for bringing out the book. Puri listed out the path-breaking decisions taken a year ago for celebrating 550th birth anniversary of Shri Guru Nanak Dev Ji, which comprise the booklet released today.

Speaking on the decisions the minister said that it was decided to establish a chair on Guru Nanak Dev Ji’s teachings in a university in United Kingdom and Canada and talks are underway to establish it in Canada. The minster added that whatever decisions have been taken, have been implemented in record time. He credited the Prime Minister for personally supervising the smallest of arrangements and personally seeing off the first Jattha for Kartarpur Corridor.

Among the other important decision, the minister highlighted the decision on no taxation on Langars, FCRA Registration to SriHarmandir Sahib, allowing global Sangat participation, revision of ‘Blacklist’ as per demand of Sikh community et al.

The minister reiterated the union government’s commitment to teachings of Guru Nanak Dev Ji on Sustainable Development and women empowerment and said the teachings of Guru Maharaj have been incorporated in the agenda of the Government.