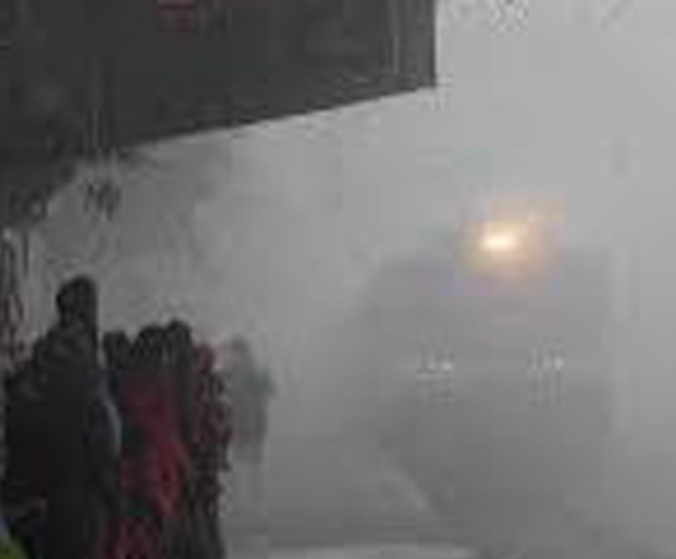 Bhubaneswar: East Coast Railway (ECoR) has geared up its manpower to cope with the dense fog during night and early morning in various railway sections under its jurisdiction in areas prone to be affectedby fog and precautions have been taken regarding train running during the current winter season. Railways already have a well laid-down procedure regarding operation of trains during times of fog & dense weather condition.

During winter, in dense foggy weather, drivers (loco pilots) have been instructed to regulate train speed depending on visibility conditions for the safety of passengers and train movement. Apart from this, several precautions have also been taken and trainrunning staff are being counselled by the railway officers and safety counsellors to cope with the situations.

In areas prone to dense fog, luminousand fluorescent strips have been painted in OHE (Overhead Equipment) masts, Level Crossings and at busy traffic areas before an approaching “Stop Signal” to warn the loco pilot that the train is approaching a stop signal and running in sensitive areas. The provision of this device has been of great help to the loco pilots who now can spot these luminous strips even during fog and get extra careful regarding the aspect of the approaching signal.

East Coast Railway GM has directed concerned officials of Safety Department of East Coast Railway headquarters to accord highest priority for safe train running during foggy weather. The loco pilots and guards have been instructed to ensure that, they should put the safety of the passengers at the top and should run trains at such reduced speed in foggy weather as they may feel confident and comfortable, even if it means loss of punctuality to the train.

USE OF DETONATORS IN FOGGY WEATHER:

Detonators are used in foggy weather or otherwise when visibility is severely impaired, to provide an audible indication to the locomotive crew that thetrain is approaching a signal. These detonators are flat, disc-shaped metal containers, usually coloured red, which contain an explosive mixture that detonates withthe application of pressure when the wheels of the locomotive pass over.

Station Managers have been provided with adequate detonators and have been advised to assess whether visibility isimpaired badly enough to warrant the use of detonators. The Railway Staff posted at Stations, Cabins and Gates have also been instructed to place detonators whenever there is thick fog to warn the loco pilots according to laid down rules & regulations.

The Guards of the trains have been counselled and instructed to watch that, the loco-pilot does not exceed the prescribed speed limit duringfog. During night as well as in the thick foggy or tempestuous weather impairing visibility during day, a Red Tail Lamp of approved design displaying a flashing Red Light to indicate last vehicle check and device should be lit on the last vehicle asper provisions. Guards have been advised to use flasher lamps during daytime also during fog.

ECoR has also introduced Cold Weather Patrolling System by deputing Winter Patrolman with proper training and monitoring. Apart from this, surprise checks and Footplate inspections are being done during late night and early morning hours i.e. from midnight to 0700hrs at all sensitive places.

Since the safety of the travelling passengers is top most priority, Loco Pilots have been instructed to take precautions during fog. When the loco pilot in his judgment feels that visibility isrestricted due to fog, he has been given the authority to run at a speed at which he feels that he can control the train or stop the train whenever required without taking any risk. This speed shall in any case notbe more than 60kmph. The loco pilots have also been advised to whistle frequently to warn the nearby gateman and road users of approaching train.