Vedanta to set up 500 Nand Ghars in UP TO 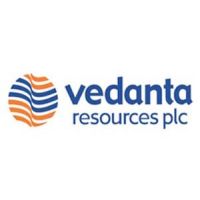 Bhubaneswar: The Anil Agarwal Foundation (AAF), which joined hands with Bill & Melinda Gates Foundation last week, will set up 500 Nand Ghars in UP over the next 12 months.

Majority of the new centers will come up in the districts of Amethi and Varanasi in the first phase of this partnership. Nand Ghar project and the Bill & Melinda Gates Foundation will jointly fund the expansion program in a 50:50 ratio.

Studies have shown that more than 90 per cent of the children enrolled with Nand Ghars are found in the healthy category, with zero slippage into malnutrition.

Vedanta chairman Anil Agarwal said, “We are delighted to partner with Bill & Melinda Gates Foundation on the Nand Ghar project in state of Uttar Pradesh. We would be jointly developing 500 Nand Ghars in UP with focus on improving health and nutritional outcomes for women and children. Nand Ghar is a joint collaboration with Ministry of Women & Child Development, where we hope to transform the entire landscape of the aanganwadi ecosystem with focus on nutrition.”

Nand Ghar – an initiative of the Anil Agarwal Foundation – is currently operating in seven states and plans to roll out the social impact project in Bihar. Vedanta Nand Ghar, which is supported by MoWCD, is transforming the Anganwadi ecosystem in India by focusing on women and childcare at the grassroots level.

Anil Agarwal has already pledged 75% of his wealth to philanthropy and is committed to giving back to society and eliminate malnutrition, especially among women & children.

The collaboration between the two philanthropic organizations will involve the implementation of best practices of Nand Ghar infrastructure and amenities along with BMGF’s system strength to improve the health and nutrition outcomes. The desired goal is to widen the spread and scale Nand Ghars in identified districts of Uttar Pradesh to have deeper and large-scale impact.

“Nand Ghar’s work is advancing India’s health and development goals in a meaningful way, and by working together, I think we’ll advance them even faster,” Bill Gates has said.

According to union WCD minister: “The government of India is committed towards enabling a healthy & well-nourished life for every child. The partnership of BMGF and Anil Agarwal Foundation to ameliorate malnutrition will surely have a lasting impact and further strengthen Honourable PM Narendra Modi’s vision of Suposhit Bharat.”

The Nand Ghar journey began in 2015, and now with the rollout of over 1700 centers, the project is now spread across 7 states – Rajasthan, Odisha, Uttar Pradesh, Jharkhand, Chhattisgarh, Karnataka and Madhya Pradesh.  Nand Ghar aims to change the lives of 8 crore women and 2 crore children at the grassroots level.