Odisha can be at forefront of socio-economic growth of India: Odisha Development Report 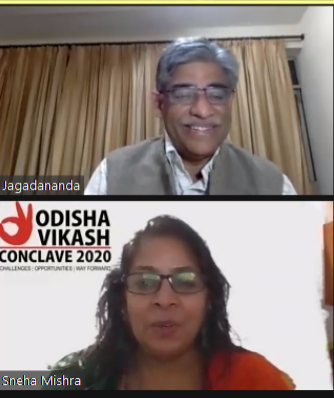 The report contains 40 insightful articles written by experts from diverse sectors. The report, in a studied and objective attempt, has assessed the present situation and identified the key areas of concern and constraints in achieving inclusive growth. The report also clearly states that partnership, collaboration and joint initiatives of government, civil society organisations, academic and corporates can take the development agenda to a new height and Odisha can be at the forefront of socio-economic growth of the country in the coming decades.

Though, the state’s position in health parameters such as malnutrition, anaemia is better than the national average, the situation in tribal districts are alarming says the report. Over a dozens of tribal dominated districts are above the state average of anaemic mothers and underweight children, the report highlighted further.

The ranking of overall index highlights that districts in the coastal and the industrial belt of north-west regions of Odisha are having better social development scenario as compared to other parts of the state. In the case of basic amenities, five districts namely Khorda, Cuttack, Jagatsignhpur, Ganjam and Puri have been maintaining the top ranking, while southern districts namely Baudh, Nabarangpur, Kandhamal, Mayurbhanj, Subarnapur and Malkanagiri were found to be the worst performing.

Eight districts in Odisha have more than 50 percent tribal population. The report highlights that the districts with high share of ST population record significantly low levels of development in health, basic amenities, education, economic, and the overall social wellbeing.

One fourth of the state population consist of indigenous people and over 90 percent of farmers are small and marginal land holders depend on agriculture and allied sectors as their primary sources of income. CSOs have proved the partnership with government agencies on effective implementation of OTELP, cluster farming, agriculture production cluster programmes etc., says Jagadananda, Convenor of Odisha Development Initiative and Mentor of CYSD. Many CSOs have demonstrated successful development models that need to be upscale in undeveloped pockets of the state, he added further.

The state government is emphasizing on the agriculture productivity and enhancement of livelihood of tribal people, says Smt. Ranjana Chopra, Principal Secretary, Department of SC & ST Development, Government of Odisha.

The third edition of the Conclave discussed on revival of rural economy through promotion of natural farming, finding avenues for safe migration and build data deficits for migration governance, meeting shortfalls in learning of children arising out of the pandemic, governance priorities for multi-faceted concerns of women and girl children, and the complementary role of civil society in all these areas.