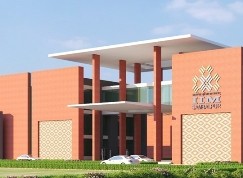 The prime minister said that with the coming up of the permanent campus of IIM Sambalpur, Odisha will get a new identity in the field of management.

Modi said, “Wehad 13 IIMs till 2014, now we have 20. Such a big talent pool will accelerate the mission of Atmanirbhar Bharat.”

Speaking on the occasion, the Odisha chief minister said, the IIM Sambalpur has already proved its mettle as one of the premier management institutions of the country. In just about five years, it has been able to cast its positive impact upon the hierarchy of educational institutions in Odisha.

Stating that the State continues its dominance in education sector and has emerged as the Education Hub of the eastern India, Patnaik said, “With the establishment of IIM, IIT, NISER, IISER, AIIMS, NLU and many other Institutions of National Importance, Odisha is emerging as a leading research hub of the nation.”

” I am happy to know that IIM Sambalpur has been aspiring to be the leading Entrepreneurial Hub in the Odisha and has entered into an MoU with the Ministry of Small and Medium Enterprises with emphasis on nurturing the entrepreneurial talent of the local weavers and agro-based businesses and to incubate Start-Ups in these areas.”

Patnaik asserted that the State government is fully committed to making policy provisions to make Odisha the most preferred Educational Hub in the country while adding, ” I am sure with the support of prime minister more and more Central institutes will come to Odisha and accelerate the growth trajectory of the state .