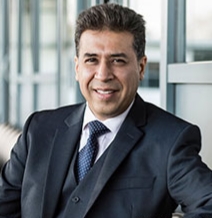 Bhubaneswar: Raj Athwal has been appointed as the club’s new president by ISL franchise Odisha FC.
Raj has previously worked at clubs including Glasgow Rangers, Coventry City and Watford. Among the coaches he has worked with includes Brendan Rodgers, Gordon Strachan, Sean Dyche, Ally McCoist, Gary McAllister and Peter Reid.
Raj said, in a statement issued by Odisha FC, that ‘India is home to one of the biggest and fastest growing economy in the world. Although cricket is widely considered as the nation’s favourite sport, it’s clear for all to see the incredible pace at which the popularity of football continues to grow in India with a population of over a billion people’.
Raj will be responsible for the club’s day to day operations and financial performance both on and off the field.
He is hopeful that his cultural background and fluency in speaking and understanding Hindi will stand him in good stead.