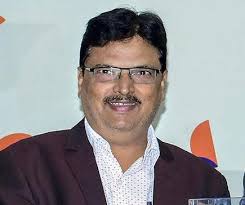 Bhubaneswar: Odisha government has demanded a provision of Rs7200 crore in the union budget for development of railways in State.

Participating in the pre-budget consultation meeting with the State finance miniaters for the union budget FY 2022, the Odisha finance minister Niranjan Pujhari demanded that a provision of at least Rs 7,200 crore be made in the forthcoming Budget, 2021-22 for railway infrastructure in Odisha for the on-going projects, sanctioning of new line, station modernisation, establishment of rail based industries, multi-modal logistics parks.

Pujhari, in fact, raised certain issues which were common to States and some issues specific to Odisha in the pre-budget consulfation meeting on union budget FY2022 convened by union Fm Nirmala Sitharaman.

Some of the important issues are:
• Amendment of sub-section (3) of Section 8 of Central Sales Tax Act, 1956 to prohibit misuse of ‘C’ Forms by the manufacturers, mining contractors and works contractors for interstate purchase of High Speed Diesel (HSD) paying CST @2%.

• Financial inclusion in the State of Odisha;
• Allocation of at least Rs.5,650 crore should be made for Telecom sector for Odisha for the year 2021-22 in Union Budget.
• Provision of sufficient funds for development and maintenance of National Highways
• Addressing Power Sector issues like Amendment in Tariff Policy to terminate very old PPAs, Amendment to Electricity Act, 2003 to allow all Hydro projects under RPO obligation and enable DISCOMs / States’ Bulk Power Procurers to participate in tenders floated by SECI for procurement of Bundled Power for reduction in Power Purchase Cost of DISCOMs.
• Adequate provision for piped drinking water
• Consultation with the State Governments before taking any major policy decisions that affect sub-national finances;
• To stop off-budget transfers of fund for Centrally Sponsored Schemes (CSS). Even if it is an off-budget resource for Government of India, it should be routed through RBI;
• To allow States to operate the Centrally Sponsored Schemes directly instead of opening separate scheme based bank account;
• Advance indication on Central Assistance for Centrally Sponsored Schemes(CSS) and release of funds as per commitment;
• Sharing pattern in CSS for Odisha at par with North-Eastern and Himalayan States;
• To gradually eliminate Cess and Surcharge on the Customs duty and Direct Taxes;
• Multilateral Development Assistance in local currency for Externally Aided Projects being executed by the State Government.