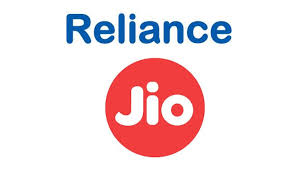 With this, Reliance Jio further strengthened its stronghold in the state with nearly 41% subscriber market share and over 50% share of the gross revenue in the sector in the state.

With this, Reliance Jio continued its excellent march in Odisha in the year 2020, adding over 19 lakh mobile subscribers in 12 months, while both Bharti Airtel and Vodafone Idea lost over 9 lakh subscribers each during this period. It is worth mentioning here that Reliance Jio has consistently been adding highest number of new subscribers every month over the last few years, based on its largest complete 4G network, rapid expansion into hitherto unconnected areas and affordable rates along with seamless high-speed internet across the state.

It may also be mentioned here that Reliance Jio has been fast expanding it high speed broadband service JioFiber to various cities and towns across Odisha and is already available in key areas of 25 major cities and towns of the state. JioFiber, the most popular high-speed broadband service in the country, has now become available in key locations of Bhubaneswar, Cuttack, Puri, Jatni, Angul, Sambalpur, Rourkela, Jharsuguda, Belpahar, Brajaraj Nagar, Sundargarh, Bolangir, Keonjhar, Bhawanipatna, Koraput, Rayagada, Kendrapada, Jagatsinghpur, Jajapur Road, Bhadrak, Talcher, Khordha, Berhampur, Balasore and Jeypore and fast expanding its services to other major cities and towns in the state.