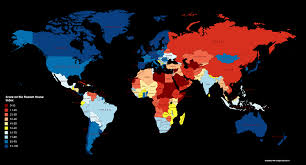 New Delhi: The Centre has sharply reacted to Freedom House report titled “Democracy Under Siege” in which it has been claimed that India’s status as a free country has declined to “partly free” stating the report is misleading, incorrect and misplaced.

An I & B ministry release said, “This is evident from the fact that many States in India under its federal structure are ruled by parties other than the one at the national level, through an election process which is free and fair and which is conducted by an independent election body. This reflects the working of a vibrant democracy, which gives space to those who hold varying views.”