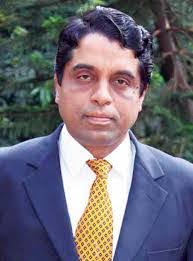 Bhubaneswar: The visions of chief minister Naveen Patnaik for huge employment generation through port-led industrial growth in Odisha is turning to a reality with Dhamara and Gopalpur Ports making headway as large deep ports on the east coast. This was known from a high level review meeting held under the chairmanship of chief secretary Suresh Chandra Mahapatra here on Friday wherein principal secretary commerce and transport Madhusudan Padhi outlined the issues relating to development of port facilities on the east coast.

Reviewing the progress made so far, chief secretary Mahapatra directed the collector Bhadrak to protect the land adjoining the ports for development of industrial hub and townships. IDCO CMD Sanjay Singh, present in the meeting was advised to acquire the land and develop the sites for industrial use in coming years.

Mahapatra said, “With quantitative and qualitative growth of Dhamara port, railway and road connectivity and coming in of the LNG Tank near the port, the area is rapidly heading towards a port town. Master planning of the area and protection of the available land would provide further fillip to the port-led industrial development in the area”. Mahapatra also directed to do demarcate the high tide line through ground level resurvey of the costal regulation zone for protection of the eco-system while planning for the development.

Secretary Electronics and IT and Special Secretary Commerce and Transport Manoj Kumar Mishra appraised that Dhamara port was notified by East Coast Railway in 2011 as a “full rake handling point for both inward and outward traffic”.

DPCL CEO Subrat Tripathy appraised that there has been manifold increase in cargo handling from Dhamara port within last eleven years. The total export and import cargo handling has increased from 5 MMT in the FY 2011-12 to 29.71 MMT in 2019-20. This year, the port has already handled 29.37 MMT cargo by February, 2021. The total cargo handling during the current FY is expected to cross 30.5 MMT. The port envisions enhancing its cargo handling capacity to 300 MMT per year in coming years. The port has paid around Rs 612 cr of State revenue over last ten years.

Chief secretary Mahapatra also reviewed the progress of Goplapur port on the east coast. The port has resumed its operation from 2015 after necessary repairs and renovation. The port was severely affected by the cyclone Hudhud in the year 2014. It has developed a stock yard of 2,80,000 sq mt. Its berth No-2 is also being mechanized for easy import and export. CEO of the port appraised that the mechanization of the berth would be completed by March, 2021. Presently, it has two operational railway siding. Construction of railway yard with four operational sidings has been expedited. This would cater to multiple rake handling. Target was fixed to complete this by March, 2021. Gopalpur port is now running on operational profit with annual handling of around 5 MMT cargo.

The issues relating to widening of road existing road connectivity, additional land required for port expansion, construction airstrip at Dhamara, development of industrial park, development of economic corridor etc were discussed and resoled in the meeting. Sources say, these two ports are now providing daily employment to around 4300 people in port operations apart from their regular employees.

Chief secretary Mahapatra directed the concerned departments and district administrations to provide all facilitating for rapid growth and expansion of the ports. The port authorities were also advised to mobilise port-based industrial houses for developing industrial clusters near the ports.