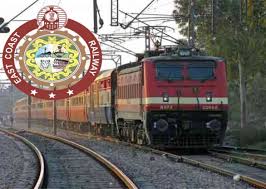 Bhubaneswar: When the going gets tough, the tough gets going. The pandemic last year 2020-21, had initially dampened the spirits of the railway men across the zone. With trains cancelled due to Covid-19 lockdown, in the initial months of April, May and June, the loading figure by the end of July was -14% as compared to that in previous year. But there was a ray of hope. The courage, determination, belief and hard work put in by the work force in the succeeding months not only made the zone, the highest loading zone, but it surpassed all records of Indian Railways.

By loading 205 million tonne of freight in 2020-21 financial year i.e., from 1st April, 2020 to 31st March, 2021 and ECoR became the 1st Zonal Railway to cross the milestone of 200 million tonne of loading for the 2nd consecutive year. It also broke the previous record of highest freight loading of 202.56 million tonne achieved by erstwhile undivided South Eastern Railway in 2002-03 fiscal.

With an operating ratio of 47.71%, the zone easily becomes the most profitable zone of Indian Railways. Operating ratio is the term used to determine the profitability. For every rupee earned by the zone, it has to spend 0.47 paisa. Different sectors across the spectrum have shown tremendous increase over last year.

Coal contributed to 55% and Iron ore contributed to 14% of overall loading. Khurda Road and Waltair have obtained 4th and 6th position respectively among 64 zones of Indian Railways. The period also saw increase of average speed of freight trains by 117% as compared to corresponding period of last year.

The credit for the success of ECoR goes to its selfless, dedicated and hard working workmen who are ably guided, motivated and encouraged by its General Manager Vidya Bhusan. All the departments have their share of contribution in this stupendous feat achieved. With this achievement, the zone will aim higher and higher.