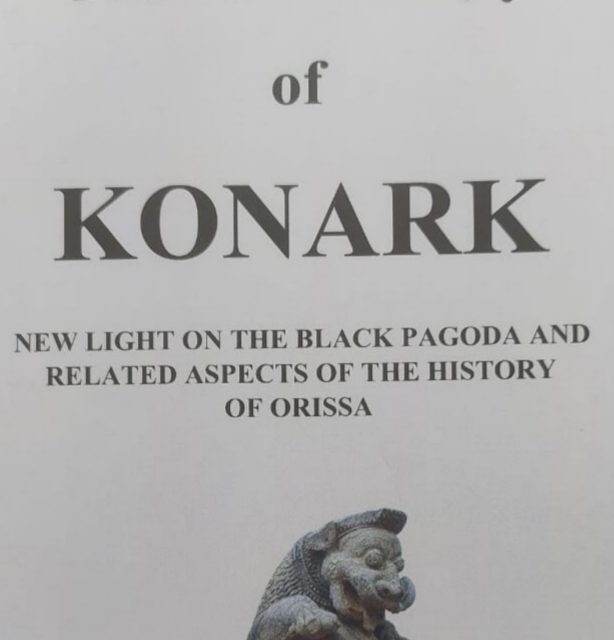 Bhubaneswar: The Sun Temple of Konark has an intriguing history which has left many awed and curious. While  the beauty and grandeur of the edifice is spellbinding even in its ruins, the missing links in its life cycle have remained a jigsaw puzzle  which very few have been able to  decipher. Shrouded in mystery, the Sun Temple is unique with many legends and theories on its construction, consecration and subsequent collapse.

Historians have been debating on the origins of the temples since the last two centuries, but there is no unanimity yet on whether the temple was ever completed or how it was reduced to ruins. The sheer quantum of research has raised more questions than answers.

Sanjay Baral’s book “The Real History of Konark” attempts to answer many unresolved questions which have puzzled scholars and archaeologists over the decades. Whether the temple is actually a 13th Century edifice as believed or was the construction begun much earlier in the 9th Century? The author has analysed the socio-political conditions of Odisha during the 13th Century   and questioned the probability of it being made during that period. The Buddhist relevance and influence prevalent in the area too has been studied by the author. The Konark region was originally a well known centre of Tantrayana Buddhism, particularly of the Kalachakrayana and Sahajayana sects. Quite a few scholars have opined that the temple has imprints of Buddhism iconology. The book explores new avenues for objective fact finding.

The author, who stays near the temple, spent three years in researching the unknown aspects. The small monograph compels one to review, analyse and rediscover many critical phases of Odishan history.