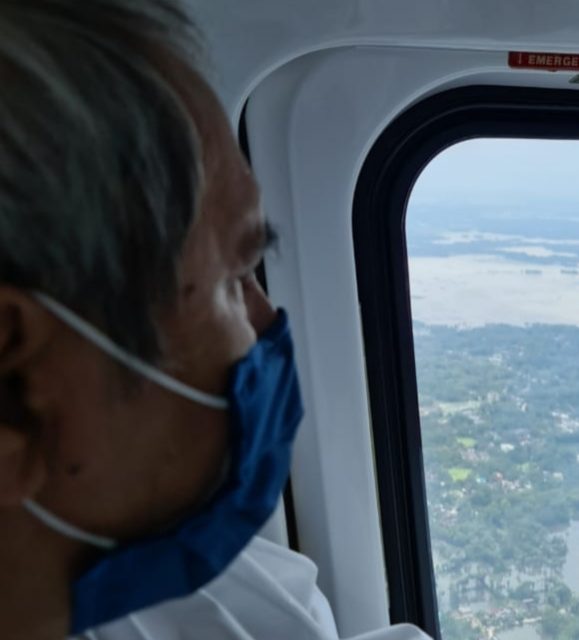 Bhubaneswsr: Odisha chief minister Naveen Patnaik Thursday made an aerial survey of the areas that has been devastated by the cyclone ‘Yaas’.

The cyclone Yaas which hit the Odisha coast on Wednesday morning caused widespread damage in five districts of the State.